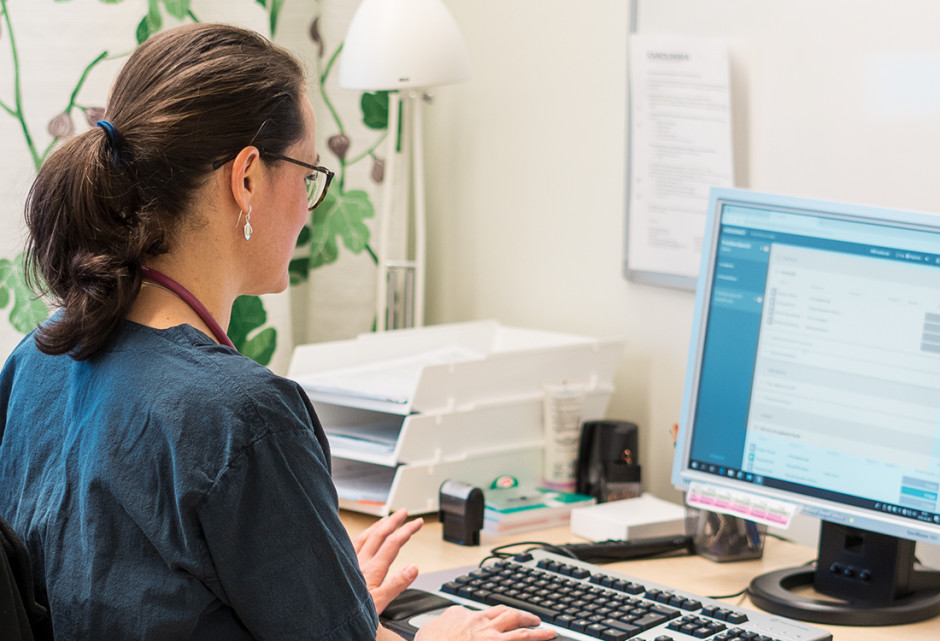 In December 2018, B2B digital health player Doctrin started to integrate its solution into Capio’s primary care health centres in Sweden. One year on it shares data with HBI that shows significant reductions in frequent attendances, increase in productivity and reduction in waiting times.

The project started in Capio’s Ringen health centre in Stockholm, which has 28,000 registered patients and delivers 80,000 consultations a year with half of those being doctors appointments. Doctrin’s solution – called Flow – was integrated so that it took symptoms from patients seeking an appointment in a text-based application and a small team of nurses treated and triaged 50-120 patients a day through asynchronous chat.

Even with just less than a third of visits digitalised between December 2018 and September 2019, the whole centre saw the average waiting time for a patient to visit their own doctor drop from 4-6 weeks to 1-3 days, Doctrin claims.

“We’re seeing the same kind of results at our other centres too – it’s not unique to this site,” founder Magnus Liungman tells HBI. The solution is currently rolled out in around 150 health centres through Capio, Praktikertjanst and public regional authorities.

Patients contacting the centre by telephone had to wait for a nurse to return the call for an appointment – 20% of which were not returned in the same day. The Swedish has set a target of 100% same-day call backs. Through the pilot, the patients had the option of the digital pathway, which resulted in same day communications going from 73% to 95%.

Doctrin describes itself as a “digi-physical” care provider as it embeds itself into the patient’s existing health and care structures rather than acting as digital only like its B2C competitors KRY (known as Livi in France and the UK) and Min Doktor. Recent backlash from policymakers has threatened the nationwide of existence of these ‘pureplay’ companies citing lack of continuity and spiralling costs.

The pureplay model has so far been financially viable, with KRY earning an impressive €22m in 2018 compared to Doctrin’s €1.5m. But recent tariff cuts and political discussions about potentially stopping the pureplays from working nationwide threatens their future growth. Capio pays for Doctrin’s solution in a capitated model.

Different models means it’s difficult to compare their impact but the data does show that where the pureplays typically treat younger patients, who tend to be healthier, Doctrin’s patient cohort sees the highest utilisation in the 31-50 age bracket. Liungman claims that its use by different age groups broadly matches up with people seeking physical care.

The data does show that the total number of digital visits have remained around a third of all visits since the solution was implemented, signalling that there’s going to have to be some work done on patient acquisition to increase penetration.

“Right now we cover almost two million patients in Sweden so our number of digital interactions before the end of year will be around 700,000, which makes us roughly the same size at KRY. The pureplay providers have driven innovation but I think the real value is when you can interact with your GP,” says Liungman.

For more news from HBI

If you are interested in how you can reach these results using Doctrin’s platform, don’t hesitate to contact us

Doctrin is Sweden’s leading B2B-platform for e-health, helping healthcare providers to intelligently digitalise the patient journey for a more accessible, efficient, and integrated healthcare system. Doctrin’s platform is used by Sweden's largest private healthcare providers and handles a million patient cases on a yearly basis. The company was founded in 2016 by Magnus Liungman and Ashkan Labaf. The company has 52 employees based in Stockholm and Poland, CEO Anna-Karin Edstedt Bonamy.

Are you aware of your unconscious biases?

Today is International Women’s Day. This year’s theme is “Break The Bias” to create awareness against bias and strive for a world free of bias,...

What do we think the recently published NHS recovery Plan means for healthcare within the UK? Craig Oates, our Managing Director has shared his thoughts...

Doctrin has for the last five years proven its ability to transform access to and delivery of care and patient experience and efficiency in the...

The key similarities between the Swedish and the UK healthcare system

What does the UK and Sweden have in common? Public health focus, aging populations and increasingly complex healthcare needs. We had a chat with Craig...

Renée Robinson Strömberg New Addition to Doctrin's Board of Directors

Renée Robinson Strömberg has been appointed as a new Director of the board of Doctrin adding expertise from scaling internationally renowned SaaS-companies. Renée was previously...

Offering digital solutions that strengthen both quality and efficiency in healthcare requires a great understanding of the daily activities and the needs of the care...

​The Norwegian Directorate of Health, together with the Directorate for e-Health and the Norwegian Health Network SF, have chosen Doctrin's triage tool for doctors and...

“Integrated Dental and Medical Care is Only a Matter of Time.” -Folktandvården Sörmland

The value of connecting different parts of care to meet the patient’s needs, regardless of the matter, is not least in demand in dentistry. Christer...

The patient report is the foundation of  most medical assessments. The process of taking the patient history is used internationally across different specialities and professions...

How to Establish Security and Efficiency in Digital Healthcare Systems

Important when Caring for Children in Digital Channels

Doctrin offers automated questionnaires to be used when collecting medical history for both children and adults. Howevere, ther are several vital differences between care contact...

The Act on Accessibility to Digital Public Services (Act 2018: 1937), also known as the DOS Act, means that digital public services must be accessible...

What 2020 Taught Us About Healthcare Adaptability

Working at a fast-growing technology company means that we deal with rapidly emerging and completely new challenges daily, which has become part of our everyday...

The Swedish healthtech company Doctrin takes further steps abroad with a new entity designated for the UK. Country Manager for the new division is newly...

The Board of Directors has appointed Anna-Karin Edstedt Bonamy as new CEO of Doctrin. Anna-Karin replaces Markus Lundin who leaves the role of CEO as...

Doctrin raises $9 million in financing round to fuel further expansion

It might be tempting to take the shortcut and implement digital solutions without reviewing organisational structures, ways of work or patient flows. But, if you...

Doctrin has through Anna-Karin Edstedt Bonamy, Chief Medical Officer at Doctrin gained the confidence to be on Swecare’s board of directors. Swecare is a semi-governmental...

Per and Marlene Midtvedt run a health center in a small town called Strömstad, located southwest of Sweden. The number of patients increases several times...

EUC is a Czech outpatient healthcare provider with services for both private and occupational health services. They have delivered healthcare for more than 20 years...

Early diagnostics, minimized spread of infection before and after diagnosis, rapid and safe progression from suspicion to testing and subsequent quarantine, and the possibility of...

We sometimes encounter a concern that digiphysical healthcare excludes those groups most in need of care, including residents in resource limited areas, who often have...

Doctrin one of Journal of mHealths top 100 health tech companies

Doctrin is one of only eight Swedish companies on Journal of mHealths list of health tech companies with the biggest potential to have an impact...

Ersta Diakoni initiates a collaboration with health-tech company Doctrin through Ersta Hospital, to take a holistic approach to the digitalisation of its operations. By jointly...

Capio Ringen’s care unit is one of Stockholm’s largest care units, with approximately 27 000 registered patients. At the end of 2018, they had long...

Do Not Replace Nurses’ Decisions with AI without Evidence

Today, Dagens Medicin published a debate article written by our chief physician Anna-Karin Edstedt Bonamy together with a number of experienced people from the health...