Care for Everyone Regardless of Age

Doctrin’s platform is used at over 150 care units with approximately 500,000 patients annually. Patient satisfaction using the platform is generally high (3.5 / 4) but does decrease with age. In the age range of 89-99 years, the average grade is 3 out of 4. Although, patients of all ages have sought contact with care via our digital platform, the proportion of older people is significantly smaller. For the elderly, who more often have several chronic diseases, digital care contact alone is rarely an option. Digi-physical care, where the patient contacts his or her existing care provider and fills in his or her anamnesis digitally in advance, is, however, extremely useful, even for elderly patients.

The use of digital tools has been shown to increase independence, social contacts, and a sense of meaning in times of deteriorating health of the elderly. At the same time, older people seem to be more excluded from services and activities when these are made available via the Internet.

On the other hand, the chronological age is not an explicit reason why the elderly make less use of digital tools. To benefit mobile and Internet-based health tools, user-friendliness and accessibility stand out as critical factors in how much the services are used.

Who Uses Doctrine’s Platform and What Do They Think?

Below is a summary of the use and effects of all care units that used Doctrin’s platform during the second half of 2019. A total of 800,000 people have contacted their care center via Doctrin’s platform, 500,000 in 2019. In summary below, we only look at the patients (a total of 59,101) who rated the platform after completing contact.

During the year, people between 0-110 contacted their health center via Doctrin’s platform. The proportion of contacts is highest in the age group 20-60 years, which contrasts to the fact that the number of contacts with primary care in the population is highest in the ages 51-75 years. At the age of 60 and up, 12440 people have used the platform. 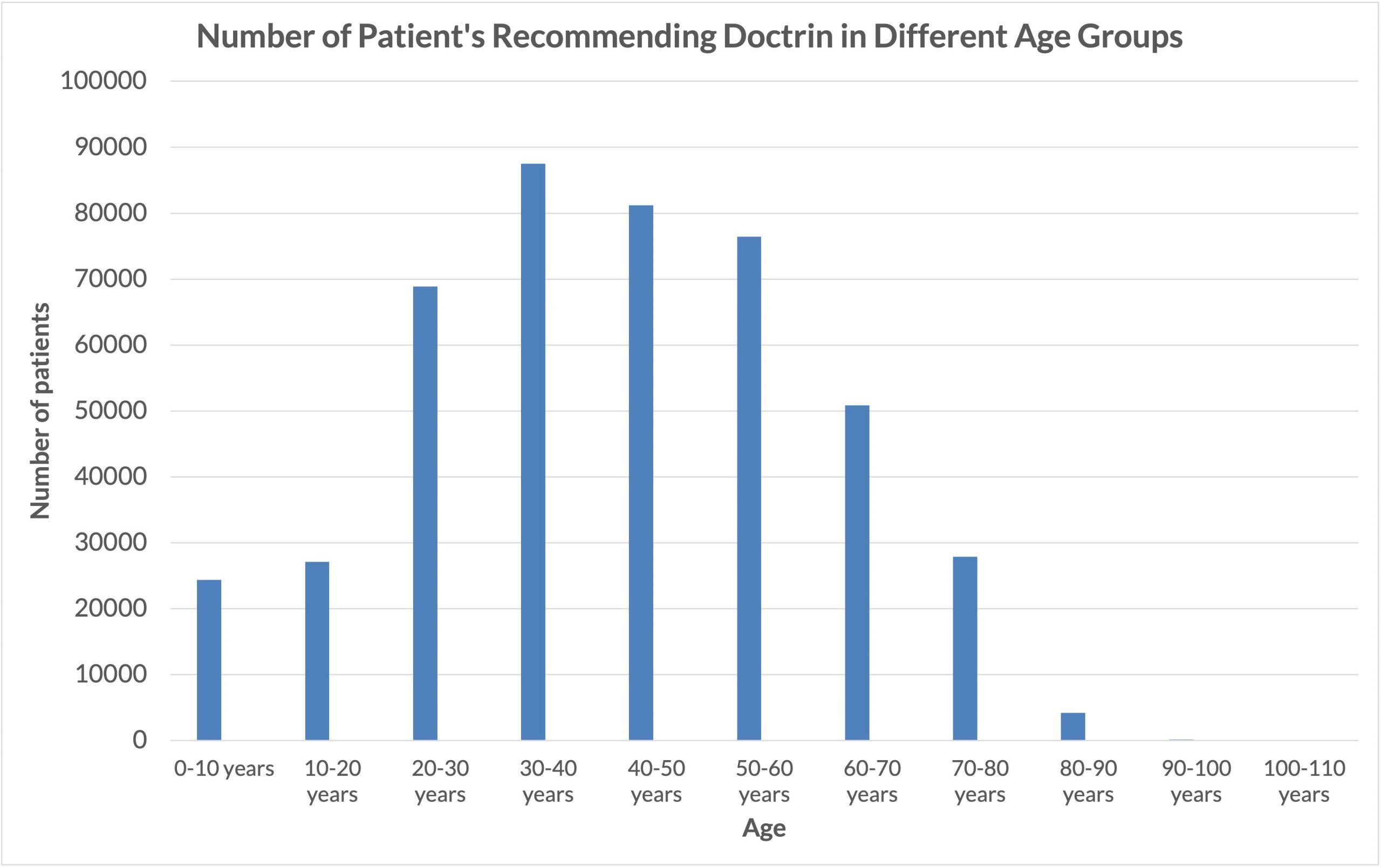 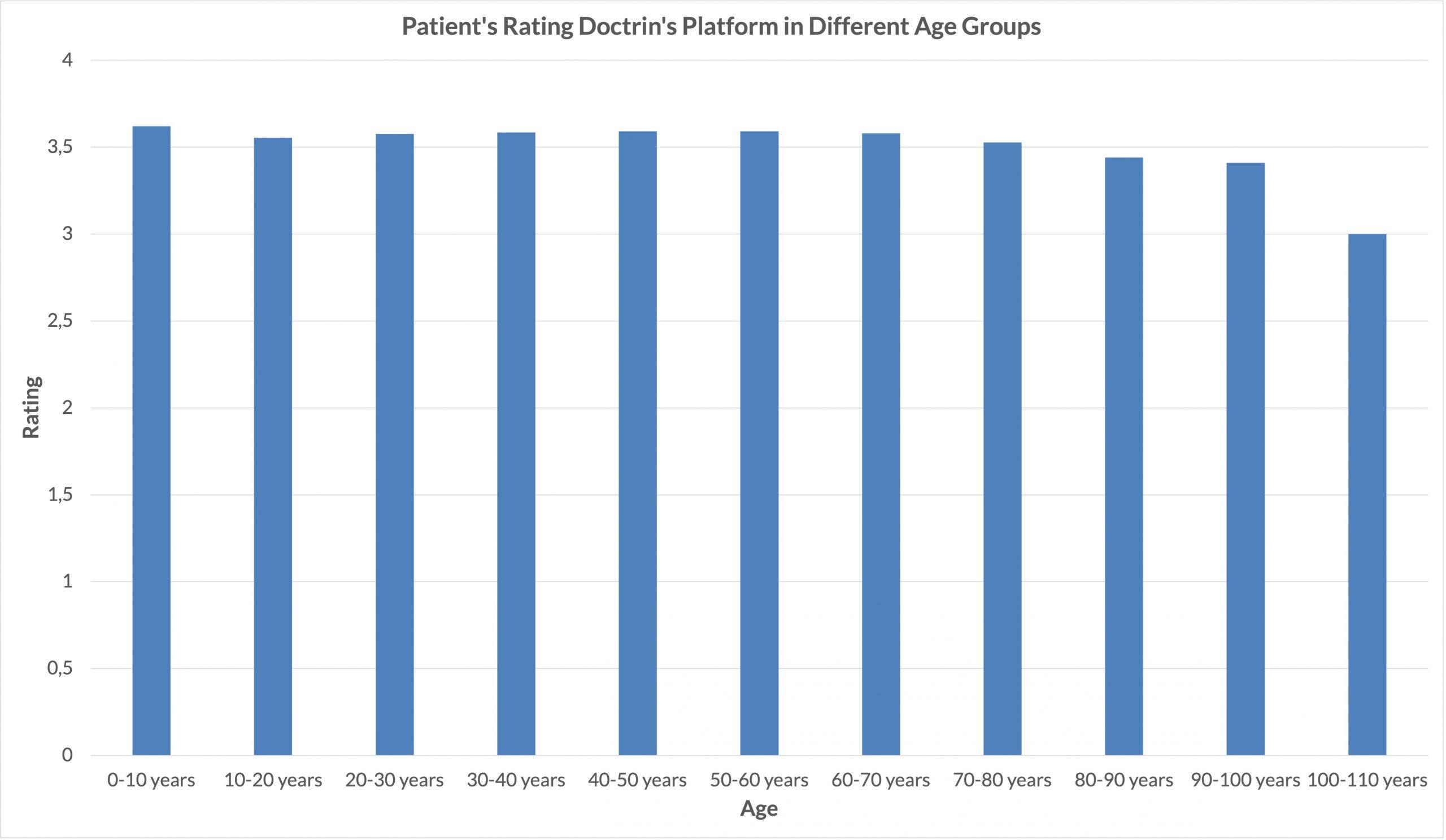 We see that the number of elderly patients seeking contact with primary care via Doctrin’s platform is fewer than traditional contact routes. By increasing knowledge about the benefits of seeking care digitally, we can increase use even within groups who are unfamiliar with digital tools. This presupposes improved user-friendliness of the platform and targeted information for people in digitally excluded age groups. As a result, the age distribution in digital-physical care will better reflect society as a whole.